Pterosaurs, Plesiosaurs, etc. are not Dinosaurs

Dinosaur is a collective name for creatures in the general order of dinosaurs (scientific name: Dinosauria), a group of diverse terrestrial animals that appeared in the Mesozoic Era, and is also the most famous paleontology within the scope of human cognition. Dinosaurs are the most dominant and prosperous vertebrates in the Mesozoic era in the history of the earth. They first appeared in the Triassic period 230 million years ago and dominated the global terrestrial ecosystem for 100 million 400 million years in the Jurassic and Cretaceous periods. For thousands of years, and set foot in the sky and sea. Dinosaurs are often divided into two categories: "non-avian dinosaurs" and "avian dinosaurs". All non-avian dinosaurs, anti-bird subclasses and fantail subclasses in bird-type dinosaurs died out in the end-Cretaceous extinction event ( the dinosaur mass extinction) that occurred 66 million years ago, leaving only bird-type dinosaurs Among the dinosaurs, the Ornithidae survived, evolved into birds and prospered to this day. 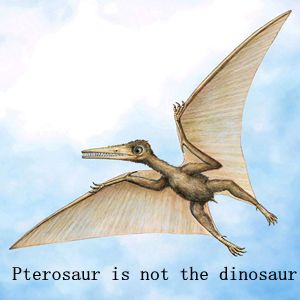 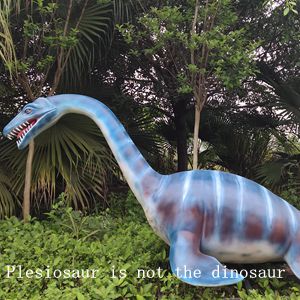 Relationship between other reptiles and dinosaurs

Many prehistoric reptiles are often informally identified as dinosaurs by the general public, such as: Pterosaurs, Plesiosaurs, Mosasaurs, Ichthyosaurs, Pelycosaurs (Dimetrodon and Edaphosaurus), etc., but from a rigorous scientific point of view These are not dinosaurs. Dinosaurs are also mistaken for the ancestors of lizards and crocodiles, but in fact, dinosaurs and crocodiles evolved in parallel, and have little to do with lizards. On the contrary, modern birds can be regarded as real dinosaurs in science.